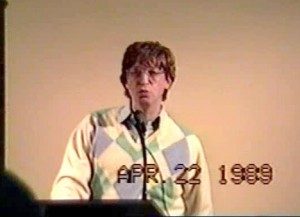 The Trenton Computer Festival (TCF) was created, in 1976, by Sol Libes, of the Amateur Computer Group of New Jersey and Allen Katz, of The College of New Jersey (then Trenton State College) as an annual educational event with speakers, forums, and user group meetings, an exhibitor area and an outdoor flea market. In subsequent years other clubs joined and the Trenton Computer Festival was formed as a non-profit educational federal 501(c)(3) Corporation. As the festival grew in size the event was moved to larger facilities off campus. Now, the festival is back at TCNJ as an activity sponsored by the college and others. More recently, the TCF corporation was dissolved, and TCF became an event of the Electrical and Computer Engineering department of The College of New Jersey.

The Speaker Program, Special Events, Program and Proceedings Books, etc. are created and operated by volunteers from several computer clubs and the ECE Departments. TCF provides income to the clubs so that member dues can be kept low. The clubs have used income from the event to publish newsletters, create and operate Bulletin Board Systems and web sites, and purchase equipment to use at meetings, among other things. The clubs have also donated funds to civic and educational organizations. The College of New Jersey has used its income for student scholarships among other endeavors.